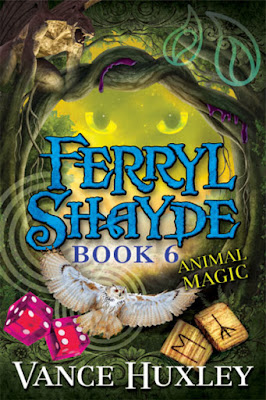 About The Book:
The Tavern has survived both Robert de Beaumont and the Sheffield Eight, but has it been fatally damaged? Rachels' Shunning still causes unrest, while many are shocked by the deaths of Taverners and allies, and the number of badly injured. Meanwhile Jenny steps into her role as the new Mistress of de Beaumont, an old, traditional demesne with scores of apprentices. Underneath the grief and confusion, Isabella's poison is spreading. The Taverneers are wrapped up in their own reactions to the deaths, their new bodyguards, and projects. Abel and Kelis are both trying to keep the secret, even from each other, but something magical is drawing them together. Abel discovers that another myth is real, Kelis discovers more about the origins of magic than she ever expects, and Jenny finds herself refereeing a four-hundred-year-old rivalry. A race against death leaves Kelis with a new distraction, though not as dangerous as Jenny's Pack. With the parties at Christmas and New Year as further distractions, none of the Taverneers realize how far the rot has spread, but some Adepts are working overtime to catch Isabella in the act. As rumor and fact merge and splinter, Abel is left trying rescue all he, and the Taverneers, hold dear from the resultant chaos.

About The Author:
Vance Huxley lives out in the countryside in Lincolnshire, England. He has spent a busy life working in many different fields – including the building and rail industries, as a workshop manager, trouble-shooter for an engineering firm, accountancy, cafe proprietor, and graphic artist. He also spent time in other jobs, and is proud of never being dismissed, and only once made redundant. Eventually he found his Noeline, but unfortunately she died much too young. To help with the aftermath, Vance tried writing, though without any real structure. As an editor and beta readers explained the difference between words and books, he tried again. Now he tries to type as often as possible in spite of the assistance of his cats, since his legs no longer work well enough to allow anything more strenuous. An avid reader of Sci-Fi, fantasy and adventure novels, his writing tends towards those genres.

Disclaimer: I received one or more of the products or services mentioned above for free in the hope that I would mention it on my blog. Regardless, I only recommend products or services I use personally and believe will be good for my readers. I am disclosing this in accordance with the Federal Trade Commission's 16 CFR, Part 255: "Guides Concerning the Use of Endorsements and Testimonials in Advertising.
BookReview