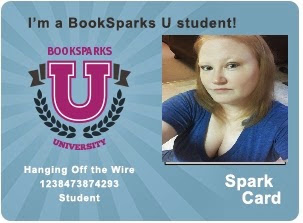 The next course for me in the BookSparks University Fall Reading Challenge for 2014 is Theater Studies 201 with the required reading of Destined for Doon by Laurie Langdon and Carey Corp. 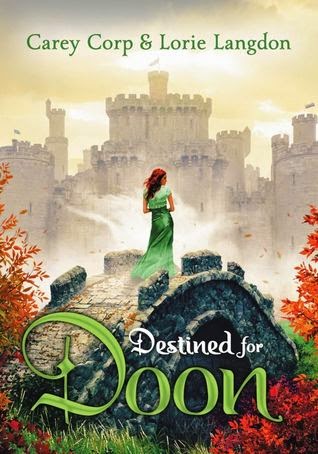 Destined For Doon by Carey Corp and Lorie Langdon

About The Book:
The second book in the popular new Doon YA series that takes on a classic story, Brigadoon, and spins it in a new way to give readers a fresh, modern experience. In this sequel to Doon, Kenna Reid realizes she made a horrible mistake-choosing to follow her dreams of Broadway instead of staying in the enchanted land of Doon. Worse, she's received proof she and Duncan are meant to be, along with torturous visions of the prince she left behind. So when Duncan shows up and informs Kenna that Doon needs her, she doesn't need to think twice. But even if Kenna can save the enchanted kingdom, her happily ever after may still be in peril. The Doon novels are a part of Blink, HarperCollins Christian Publishing's new YA imprint that delivers empowering and heartening literature while maintaining a tradition of imaginative and impactful storytelling.

My Thoughts:
I love the story of Brigadoon, and remember as a teen, I went to a play about it with my grandparents, and instead of being bored, I was enthralled! I love this re-imagining of the story Brigadoon, and think it is a great way to honor Lerner & Loewe. I have not read the first book, but I plan to. I plan to read the whole series, I loved this book so much!

About The Authors:
Carey Corp is the author of several young adult books, including the Doon series from Blink/HarperCollins, inspired by Lerner & Loewe's Brigadoon, and co-written w/Lorie Langdon.
Lorie Langdon left her thriving corporate career a few years ago to satisfy the voices in her head. Now as a full-time author and stay-at-home mom, she spends her summers editing poolside while dodging automatic water-gun fire, and the rest of the year tucked into her cozy office, Havanese puppy by her side, working to translate her effusive imagination into the written word.