About The Book:
Ellyn DeMoss - chef, café owner, and lover of butter - is hiding behind her extra weight. But what is she hiding? While Ellyn sees the good in others, she has only condemnation for herself. So when a handsome widower claims he’s attracted to Ellyn, she’s certain there’s something wrong with him. Sabina Jackson - tall, slender, and exotic - left her husband, young adult daughters, and a thriving counseling practice to spend a year in Northern California where she says she’s come to heal. But it seems to Ellyn that Sabina’s doing more hiding than healing. What’s she hiding from? Is it God? Twila Boaz has come out of hiding and is working to gain back the pounds she lost when her only goal was to disappear. When her eating disorder is triggered again, though she longs to hide, she instead follows God and fights for her own survival. But will she succeed? As these women’s lives intertwine, their eyes open to the glory within each of them as they begin to recognize themselves as being created in God’s image.

My Thoughts:
This is a lovely book. I love how the author cleverly intertwines the lives of these three women. You can relate to them all in some way. Though these stories are fiction, you can find a message in there for you! An inspiring read!

About The Author:
Ginny L. Yttrup is an accomplished freelance writer, speaker, and life coach who also ministers to women wounded by sexual trauma. She has two grown sons and lives in California.

Buy this book at Invisible on Amazon. Releases April 1st. 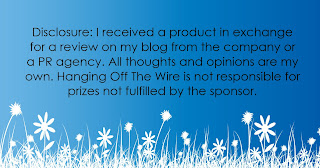