Give Aladdin This #Holiday2019 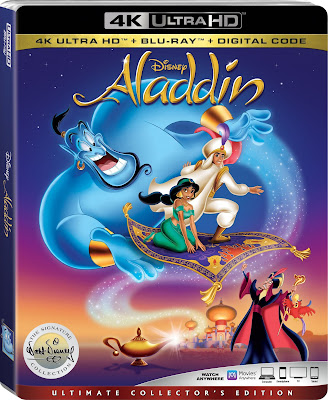 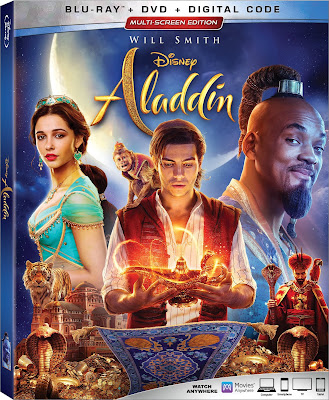 The live-action adaptation of the animated classic, Aladdin, landed in homes on Digital and Movies Anywhere August 27th and 4K Ultra HD, Blu-ray, and DVD September 10th. Starring Will Smith, Naomi Scott, and Mena Massoud, the release included all new bonus features, such as deleted scenes, a blooper reel, and more! The release of the live-action adventure coincides with the addition of the original animated classic to the highly celebrated Walt Disney Signature Collection, granting Aladdin fans everywhere the opportunity to own both magical movies. In 4K for the first time, the new release features all new bonus content, including alternate endings! In addition, early owners of Aladdin gain access to exclusive bonus features. Aladdin is sure to become an instant classic for viewers of all ages and will be packaged several ways to ensure the entire family gets the most out of its in-home entertainment experience. A Digital bundle, which includes both the Walt Disney Signature Collection edition of the original animated classic Aladdin and the live-action adaptation, is also available for purchase. A physical copy of the film will be released as a 4K Ultimate Collector’s Edition (4K Ultra HD, Blu-ray, and Digital Code), a Multi-Screen Edition (Blu-ray and Digital Code) and a single DVD.

Disclaimer: I received one or more of the products or services mentioned above for free in the hope that I would mention it on my blog. Regardless, I only recommend products or services I use personally and believe will be good for my readers. I am disclosing this in accordance with the Federal Trade Commission's 16 CFR, Part 255: "Guides Concerning the Use of Endorsements and Testimonials in Advertising.
at September 18, 2019