Celebrating Emergency Medical Services for Children (EMSC) Day on May 20th: How Thirty Minutes Meant the Difference Between Life and Death for One Little Girl 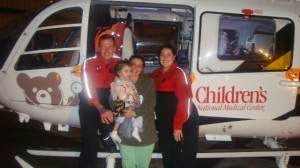 By Blair Beggan, Director of Communications, The Association of Air Medical Services

A half hour may not seem like much time, but life-changing events can happen in thirty minutes. You can complete a successful job interview, celebrate a wedding ceremony, sign the deed on your first house, or even have a baby. But for air medical professionals, thirty minutes can mean the difference between life and death for a patient. And for 20 month-old Lauren Harris, her air medical flight was exactly that. In honor of Emergency Medical Services for Children (EMSC) Day taking place on Wednesday, May 20th, we are honoring Lauren by sharing her story, and we celebrate the air medical professionals who helped turn her tragedy into a miracle.

February can be a dreaded month for parents everywhere. It brings rise to dreaded colds, snow delays, and lots of antsy kids waiting to get outside and play. But for the Harris family, February 2008 was especially bleak. Lauren, their 20 month-old daughter, had been suffering from an ongoing fever, and they decided to bring her to the hospital. It was just a couple of hours later that her parents received the news that Lauren was actually experiencing severe heart failure and needed to immediately be taken to a pediatric ICU. 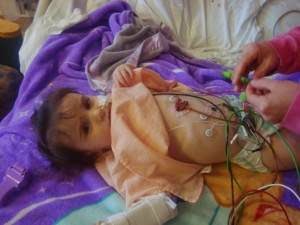 Lauren was diagnosed with a cardiac ejection fraction (EF) of just 5 percent. Normal generally healthy EF is 55-65 percent. Her heart was failing and rapidly getting worse. Washington DC's Children's National Medical Center was notified that there was a critically-ill cardiac patient in need of pediatric cardiac intensive care. Knowing that not one second could be wasted, the pediatric critical care flight team was at her bedside in less than 30 minutes. The Children's team embraces the hospitals "family- centered care" philosophy and strives to have a parent accompany their child on both air and ground transports.

The Children's flight team took Lauren and her mother, Beth, to Washington, DC. Flight nurse Jonathan Godfrey and Flight Paramedic, Christina Martinka, clearly recall the flight even after the thousands of patients they've transported. According to Jonathan, she was one of the sickest patients that he had ever flown in his career with Children's. Procedures and medications that would normally work were severely limited due to her nearly nonexistent heart function.

For Lauren's mom, Beth, this flight was especially distressing. Describing the experience she says, "In the helicopter, they talked me through where to sit, how to use the seat belt, and put my ear phones on for me. I could not hold Lauren but I was close enough that I could touch her face with just my pointer finger. And that is all it took for her to calm down and be ok for the flight." The nurses continued to care for Lauren until they landed in D.C. Once they arrived, Lauren and her mother were taken directly to the pediatric ICU where cardiologists were waiting at her bedside for her arrival. Medications and interventions were started within minutes of her arrival. Jonathan and Christina visited Lauren and her family regularly as she recovered over the next several months.

"The next day, Christina and Jonathan came by Lauren's room to check in on her. That is where the friendship started," Beth recalled. "They came in over the next several weeks to check on Lauren, my husband, me and the rest of my family. They became part of our family. Looking back now, I know that they were the very first step into my daughter's recovery. We have kept in touch over the years and Jonathan even came to our home to visit with us after her release. Christina and Jonathan are two angels that were sent to us to make sure my daughter and my family pulled through this unexpected journey." 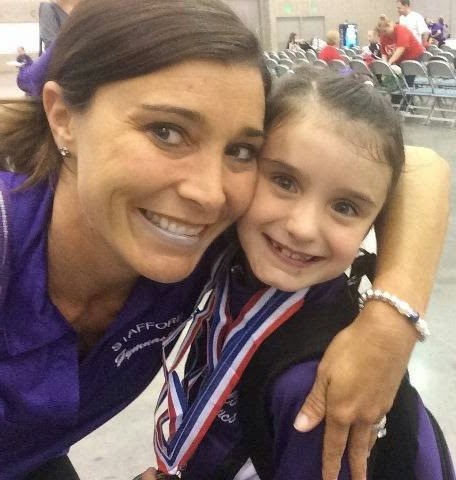 Fast forward to 2015, Lauren is a healthy and active gymnast, having just wrapped up the Virginia State Championships meet in Virginia Beach over Mother's Day weekend. She won 2nd All Around!

Lauren's optimal outcome is a perfect example of the lifesaving services provided by EMS helicopters - rapid access to critical care, coupled with the highest-levels of patient care, while taking patients to the medical facility best suited to treat their specific needs. So this Emergency Medical Services for Children (EMSC) Day, make sure to give thanks to all the amazing professionals helping to save children like Lauren each and every day!