I use Grammarly for English proofreading because I hate when people can't tell the difference between there, their, and they're!"


Check out these great books that are 2014 Connecticut Nutmeg Children's Book Award Nominees: 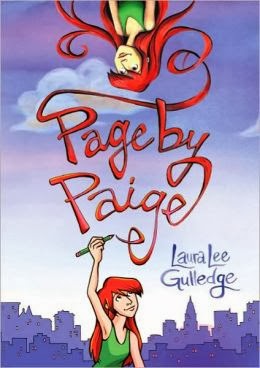 Page By Paige: Paige Turner has just moved to New York with her family, and she's having some trouble adjusting to the big city. In the pages of her sketchbook, she tries to make sense of her new life, including trying out her secret identity: artist. As she makes friends and starts to explore the city, she slowly brings her secret identity out into the open, a process that is equal parts terrifying and rewarding. Laura Lee Gulledge crafts stories and panels with images that are thought-provoking, funny, and emotionally resonant. Teens struggling to find their place can see themselves in Paige's honest, heartfelt story. 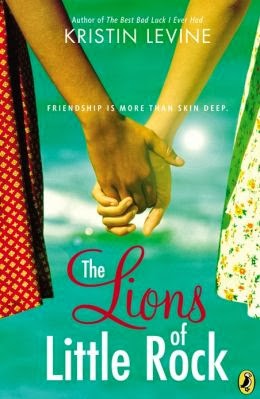 The Lions Of Little Rock: As twelve-year-old Marlee starts middle school in 1958 Little Rock, it feels like her whole world is falling apart. Until she meets Liz, the new girl at school. Liz is everything Marlee wishes she could be: she's brave, brash and always knows the right thing to say. But when Liz leaves school without even a good-bye, the rumor is that Liz was caught passing for white. Marlee decides that doesn't matter. She just wants her friend back. And to stay friends, Marlee and Liz are even willing to take on segregation and the dangers their friendship could bring to both their families. 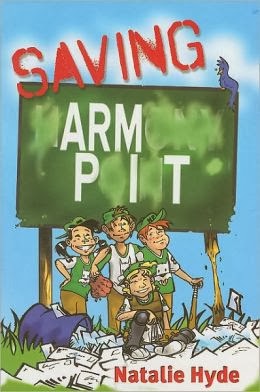 Saving Armpit: When vandals deface the Harmony Point sign, the town does indeed seem to become the “arm Pit” of the region. The baseball team hasn’t won a game in two seasons and the town itself is falling into disrepair. But when the new postmaster becomes the new ball coach, Clay and the rest of the Terriers finally seem to stand a chance of winning a game. Until they overhear a bureaucrat from the city say that the post office will close unless “the numbers” work out. The team begins “Operation Tennis Elbow”: a letter-writing campaign designed to generate enough mail to keep the post office - and its postmaster­ - in town. And along the way, they learn the power of the pen in effecting positive changes in their community. 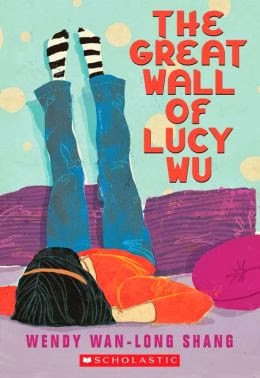 The Great Wall Of Lucy Wu: A humorous and heartwarming debut about split cultural identities, and all the ways life fails to go according to plan for sixth-grader Lucy Wu. Lucy Wu, aspiring basketball star and interior designer, is on the verge of having the best year of her life. She's ready to rule the school as a sixth grader, go out for captain of the school basketball team, and take over the bedroom she has always shared with her sister. In an instant, though, her plans are shattered when she finds out that Yi Po, her beloved grandmother's sister, is coming to visit for several months - and is staying in Lucy's room. Lucy's vision of a perfect year begins to crumble, and in its place come an unwelcome roommate, foiled birthday plans, a bully who tries to scare Lucy off the basketball team, and Chinese school with the annoying know-it-all Talent Chang. Lucy's year is ruined - or is it? A wonderfully funny, warm, and heartfelt tale about the ways life often reveals silver linings in the most unexpected of clouds.